Ana sayfa İspanya Emlak Sizzle up your summers with a Spanish holiday home!

It was a record year for property sales to foreigners in Spain last year and things are taking a similar course in 2018. Despite the looming prospect of Brexit, British people still accounted for 15 per cent of Spain’s foreign market in 2017, according to official data from Spain’s Land Registry.

Spain isn’t attractive just as somewhere to own a second home. New figures from the Office for National Statistics have confirmed it as the UK’s favourite place to move to within Europe. The country accounted for an impressive 37 per cent of all British citizens living in the EU (excluding those in the UK and Ireland) as of 1st January 2017, according to the ONS report. 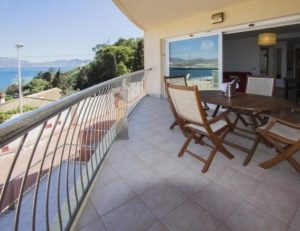 From the exclusive communities of Sotogrande and Sierra Blanca to the cheerful, family-friendly resorts of Nerja or Cabopino, the Costa del Sol has communities to suit all tastes and budgets.

But a rising star amongst foreigners right now is Estepona, where sales have been growing faster than in any other resort. Estepona ticks all the boxes, with its long broad beach and palm-fringed promenade, bustling fishing port, pretty old town, good choice of shops and restaurants, golf courses and great selection of property.

Part of Murcia’s big draw is the Mar Menor lagoon and famous La Manga strip. Recent years have seen the arrival of affordable golf resorts, including the Polaris World developments, as well as the large Camposol golf urbanisation.

The Costa Blanca also offers something for everyone. The northern half is typically more expensive, with properties along its pine-clad coastline treated to fantastic sea and mountain views and access to pretty whitewashed old towns, such as Moraira and Altea.