The dire economic situation meant that people were unable to pay back their loans. The share of non-performing loans reached a critical level of 51% in 2015.

In cases when people or companies were unable to service their mortgages, a bankruptcy procedure followed, followed by the sale of collateral. As a result, many properties were put onto the market. As banks and financial institutions tried to get rid of non-core assets as quickly as possible, these properties were often sold at deep discounts, which only exacerbated the fall in prices.

Why the situation will improve

The measures taken by the Greek government under the pressure of its EU creditors have helped the country avoid bankruptcy. Greece has moved on from resolving issues related to its creditors and avoiding bankruptcy and is now looking for sources of economic growth. The stage is set for a rapid recovery, and an increase in property prices should soon follow. 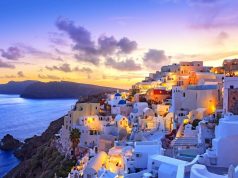